Big changes are coming to SWTOR, highly recommend anyone who spent time in this game to read up on it. 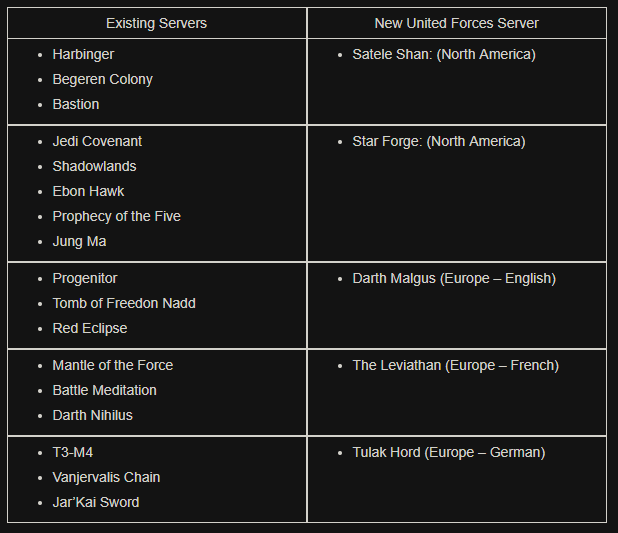 As always SWTOR doesn't support duplicate names, so characters may be subject to the renaming policy.

The following conditions will have no priority to keep their names. Will be autoflagged for rename

If you want to keep your existing character name, subscribe and log in to your character before the update.
Otherwise, you'll be give a "free name change" :P

Reddit posts on United Forces in the 30 days after announcement
http://archive.is/S213p