This is an article about maps from Red Orchestra 2. The first map I will be writing about is Apartments. The location of the map is an apartment block in the upper settlement of the tractor factory of Stalingrad. The German Division there were the 389th Infantry Division, Ll Army Corps. The Russian Division was the 114th Guards Rifle Regiment, 37th Guards Rifle Division. The background of the Map is as follows:

As the German 6th Army worked to clear the approaches to the factories, the tanks of 24th Panzer Division had stalled as they entered the more built-up sections of the city. The 389th Infantry Division fed past the Panzers on their left to start clearing out the well-built apartment blocks. Once again, Soviet resistance hardened in front of the Germans. The 389th moved in to start clearing out the next apartment block, containing heavily-built 2-story buildings, with the complex straddling the Zhitomirsky Balka (Gully). It was there they encountered the 114th. The Guardsmen of 114th Guards Rifle Regiment were paratrooper converted ground infantry - highly motivated, elite troops. They had little time to prepare their defenses, but they were eager to make the Germans pay. It took the Germans 4-5 days of hard fighting to clear the area and consolidate their gains against the highly-decorated Guardsmen, who would later go on to further frustrate the Germans. The second map is Barracks, a very famous map in Red Orchestra 2. The actual location is the Red Barracks, in the western suburbs of the city of Stalingrad. The German Divisions participating were the 295th Infantry Division, and the XIV Panzer Corps. The Soviet Divisions are the 482nd Composite Rifle Regiment, 131 Rifle Division. The date was 5th September 1942. With the German 6th Army closed up on the outskirts of the city, the first German units pushed into the city. Initially feeling for Russian resistance then, as the Russians seemed so weak, accelerating until they encountering pockets of resistance. The 71st Infantry Division; a tough, experienced unit, leads the Ll Army Corps into the western suburbs of the city. The remnants of 131st Rifle Division had fallen back on the city, concentrating what force they had left on the barracks as a single “composite” regiment. The barracks was one of the many areas trashed in the Luftwaffe bombing a few days earlier, with only rubble and slit-trenches remaining as fortifications. The 131st Rifle Division put up its last resistance here, as they were pinned, surrounded and ultimately destroyed in short order by the Germans. 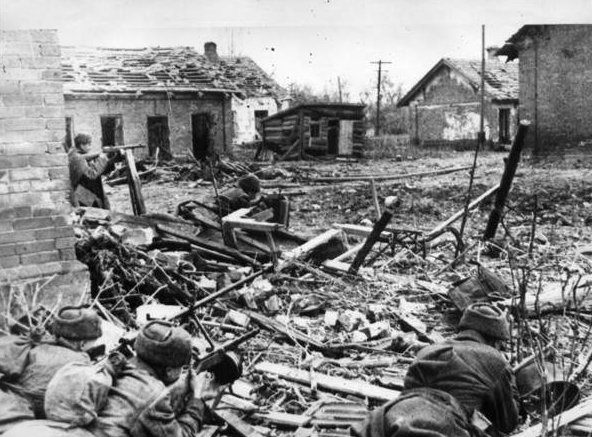 The third map is Cold Steel. The date of the battle was September 27, 1942, taking place at the Stalingrad Industrial area. The German forces involved were the 79th Infantry Division, LI Army Corps. The Soviet Division was the 37th Guards Rifle Division. On the 27th of September the Germans reach the settlements of the October and Traktor Factory. Later that week the attack for the Factory had begun. The Russians had already suffered heavy losses but, determined not to give more ground, dug in once again. 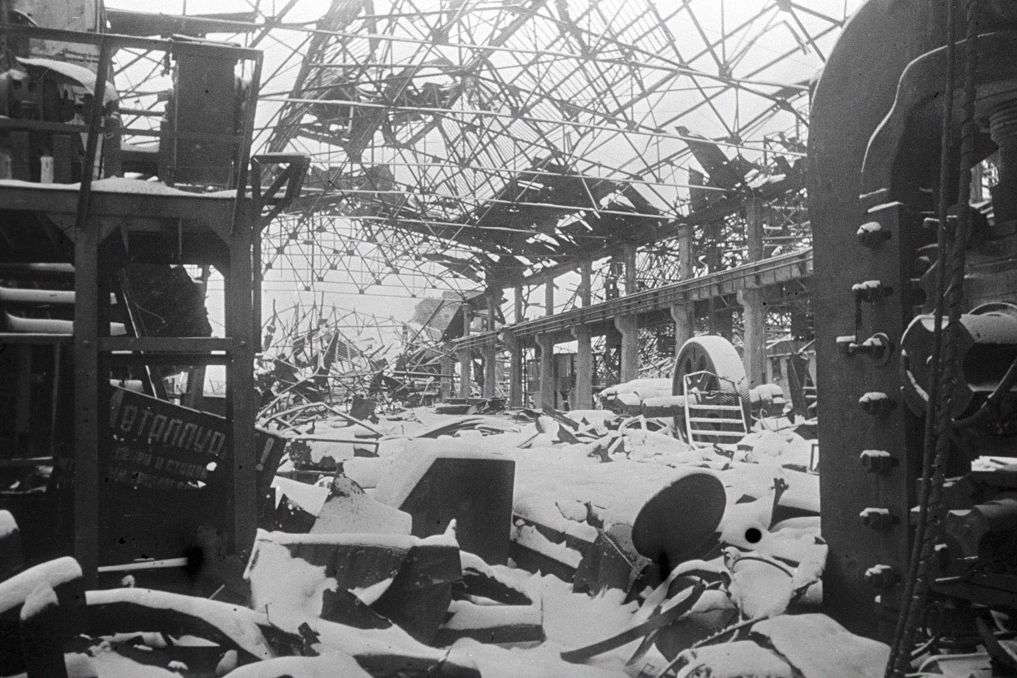 The fourth map is Grain Elevator. The date was the 20th of September, 1942. The battle took place at Stalingrad Elevator. The German Army Corps involved were the 94th Infantry Division, and the XXXXVIII Panzer Corps. Soviet divisions were mixed remnants of the 10th and 92th Rifle Brigades, plus volunteers from the Volga Flotilla. As the 24th Panzer Division reached the railway line, everything around the elevator seemed quiet with no Russian resistance. So they left the building alone, turning north to help with the fighting around the city center. Before the 94th Infantry Division could close up and consolidate their gains, a small group of Soviet riflemen slipped into the grain elevator and proceeded to defy all attempts to remove them from the immense concrete structure. The 94th Infantry Division had taken substantial casualties trying to clear out the elevator over two days, while the Russians not only held out, but managed to receive reinforcements. Now the 94th Infantry Division has the Russians properly isolated and is prepared to fight their way into the fortress. The Soviet defenders are equally prepared to stop them. The battle's result had the 94th Infantry Division taking casualties and only finally clearing the building when the defenders ran out of ammunition and water. Russian survivors managed to slip out of the grain elevator, past the exhausted Germans dug in around them, with a small handful escaping. This battle marked the last resistance in the south of Stalingrad. 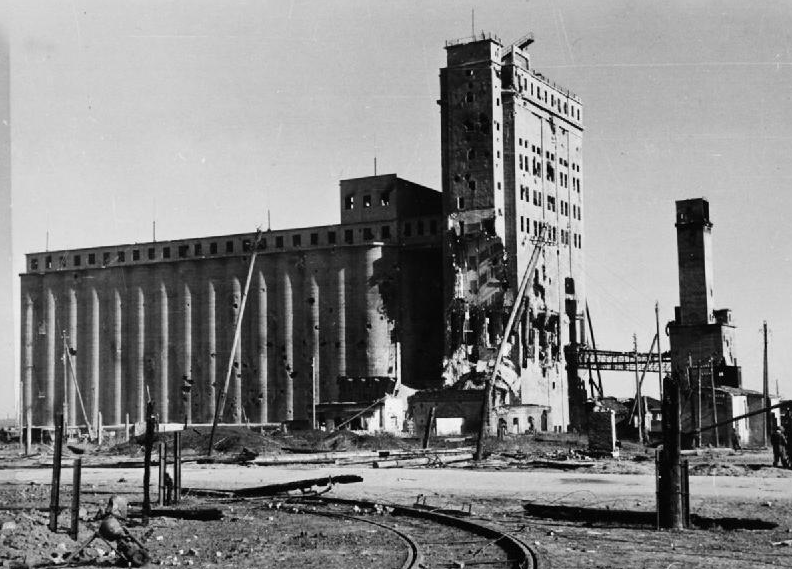 The Fifth map is Spartanovka. Dated the 31st of August, 1942. Located in a village on the outskirts of Spartanovka, to the north of the Tractor Factory. German Army Corps involved were the 16th Panzer Division, XIV Panzer Corps. The Soviet Division was the 124th Rifle Brigade, 62nd Army. As the German XIV Panzer Corps punches through to the Volga at Rynok, the 16th Panzer Division has the task of expanding the corridor, pushing south into the small town of Spartanovka, almost within sight of the Tractor Factory, at the very north end of Stalingrad itself. The 16th Panzer Division is part of the very rapid drive through to the Volga, north of Stalingrad. Resistance suddenly crumbled in front of the XIV Panzer Corps a few days earlier and they are within sight of the city – tired, but elated. Their morale high, on full charge. The Russian 124th Rifle Brigade is a fresh unit, having seen very little combat. Having been shunted in to help hold the line north of the city, they haven’t had more than a few hours to organize a defense before being hit by the hard-driving 16th Panzer Division. At this point, the XIV Panzer Corps were actually overstretched and over-reaching. They reached the river, but stalled against the vicious and stubborn defensive line forming north of the city. They were briefly cut off by desperate Soviet counter-attacks, but the rest of 6th Army caught up in time to break through and avoid a major embarrassment. 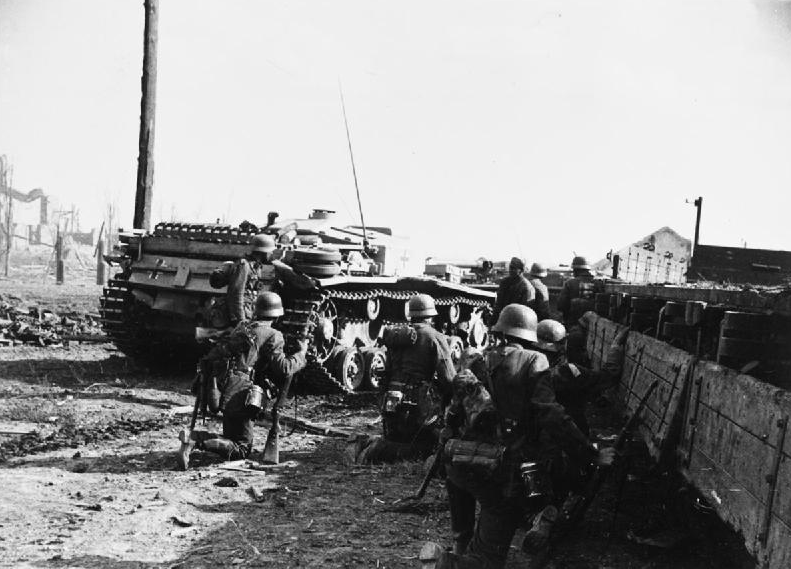 And those are some of the Red Orchestra 2's Maps. There are some amazing things that happened at these battles, and I'll tell you more facts soon about many more of these maps - and eventually some from the amazing game of Rising Storm. Thank you for Reading.