[Civil Affairs] Why We Fight 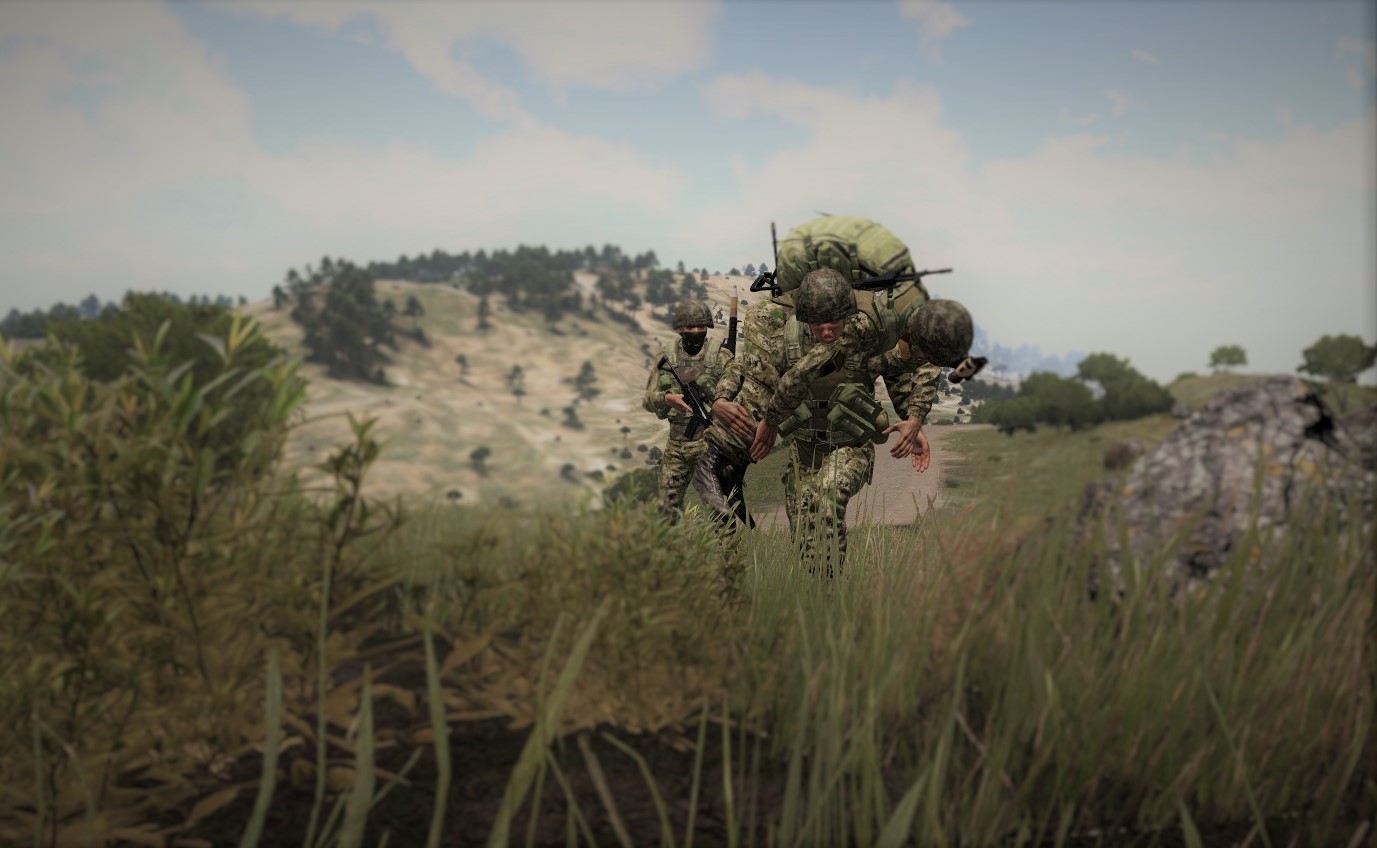 Why do we "fight"? I think most people that have played any type of games would understand and agree why we play them, but what makes us want to be a part of a realism unit? Since the dawn of time, mankind has played games and sports to keep themselves entertained. Keeping one's self entertained has come in a variety of shapes and sizes, from the ancient romans playing tic-tac-toe to the 21st century with the invention of video games. In each of us, our blood runs heavy with the drive of competition: humans were born to compete. Humans are constantly fighting for resources and to pass on their lineage. Some of us compete in the form of sports, board games, and video games, but whatever our background, we all chose to be a part of a realism unit. But why? What makes realism so unique and appealing that people would spend hours of their time weekly playing with strangers from around the world? Well, I suppose we should start with the origins of realism itself:

What is the definition of a realism unit you may ask? Another term for a realism unit is a Virtual Military Organization (VMO) and it is the practice of an online organization trying to function as close to the real military as possible. This usually comes with ranks and a chain of command, logistics, and expressed tactics on the field of battle. The set moment in history when someone decided to start an organization that resembles the real military in video games is unknown, but VMO's have seen a surge in popularity over the last decade with the release newer technology . In just about any sandbox or military-styled game, someone can start their own VMO. Popular games such as Day of Defeat, Red Orchestra, and the ArmA series have become breeding grounds for these realism units. But what makes someone want to be a part of a realism unit?

This question has many answers and is all dependent on the individual. All members of a realism group such as the 29th have some affinity and love for video games, but that would not explain why someone would willingly take orders from superiors and spend their time and resources for such a hobby. Perhaps some 29thers can offer insight to why they chose to be a part of a realism group.

“It's just different to most other units. Compared to another unit, I feel like, in the 29th, the rank system holds more weight. I don't know what it is but in the 29th if you see a rank you know that that person probably has been in the unit for 2 or more years and therefore knows what is going on and obviously has some commitment to the unit.”
- PFC Millin, Able Company, Fourth Platoon, Second Squad

“I'm part of a realism unit because I'm willing to get some feeling of how the real army might feel and as it's going now with my years into realism units with swapping and discharging, I've found that I quite like the strictness and realistic way of communicating. I also find it an easy way to overcome my introverted personality and learn to speak for others and work with a group towards a single goal.”
- Cpl. van Gastel, Charlie Company, Second Platoon, First Squad

“After I enlisted and got accepted into the 29th, I saw that this unit contains more than just a basic game playing community: a group of members come together for creating a different environment and style of good gaming.”
- T/5 Orhan, Baker Company, First Platoon's Platoon Clerk

“Mostly for the pay, and the dental… But in all seriousness, I am here for the community. The lads I have served with these last three years are some of the finest I have ever had the privilege of fighting alongside.”
- 2Lt. Dashwood, Baker Company, First Platoon's Platoon Leader

“Competition. The building of a team, honing their skills, anticipation before the battle and the thrill of being in it.”
- FSgt. Balzer, Charlie Company HQ's Senior NCO

"Realism adds an extra layer of fun. I missed it from my time in Day of Defeat and the 29th is one of the few remaining realism units from those days."
- Cpl. Dethfield, Able Company, Third Platoon, Second Squad

“For being a part of an organized operation, with a lot of people working together.”
- PFC Danberg, Charlie Company, Second Platoon, First Squad

Whatever our reasons are for being a part of the 29th as a realism group, we all have some reasons in common. We enjoy learning from our mistakes and working with others, and we enjoy meeting new people that share common goals and interests. But above all, I think we all enjoy the ability to call each other friends and comrades. Whatever your reason may be to be a part of a realism unit, or wanting to try one out, we have a place for you here.

Written by: PFC Donofrio
Edited by: WO1 Brewer and PFC Vonk
Approved by: CoCA and Bn. S3