"It has begun, the moment you have been waiting for, for so long. All those months of training culminating in this precise moment, we must take Hill 937 no matter the cost.

The initial bombardment was nothing short of impressive, everything combustive in storage has been thrown at them, there is no possible way they could have survived. The Second Lieutenant gives the order. It is time to move.

Approaching the trench line, a hail of gunfire emerges from the battered earth and your comrades, your friends, start to fall one by one. You reach the trenches but you are alone, just you and your M16. In the distance, gunshots, screams and explosions are heard. They prepared you for war, not for madness."

In Rising Storm 2, all is madness.

Rising Storm 2: Vietnam is a realistic first-person shooter made by Tripwire Interactive, the makers of Red Orchestra 2/Rising Storm. It is set during the U.S invasion of Vietnam (1965-1973). The first thing you hear after opening the game is the menu theme, 'Run Through the Jungle' by Creedence Clearwater Revival. You instantly get a Vietnam-era vibe, and this is only the beginning.

The server browser is similar to the one in Rising Storm, with a few minor interface improvements to make connecting to a server easier. After picking a server and entering the game, you are greeted with the faction selection screen, you can either play as the North Vietnamese Army or the U.S. forces, the NVA being in a defensive position in most of the maps.

1. The Weapons - Both factions have weaponry appropriate to the time, separated in their respective classes. You can play as a grunt and run through the jungle, creative havoc with an M16 or an AKM. Or maybe you are in for some heavy weaponry? You could cause destruction with an M60 LMG or an RPG. Still not your thing? You could probably try with a semi-automatic sniper rifle or a flamethrower. The choice is yours, as long as the class is available. The U.S army also have pilots in their possession, that can fly either a Huey for transport, a Loach for recon, or a Cobra for ground pounding. 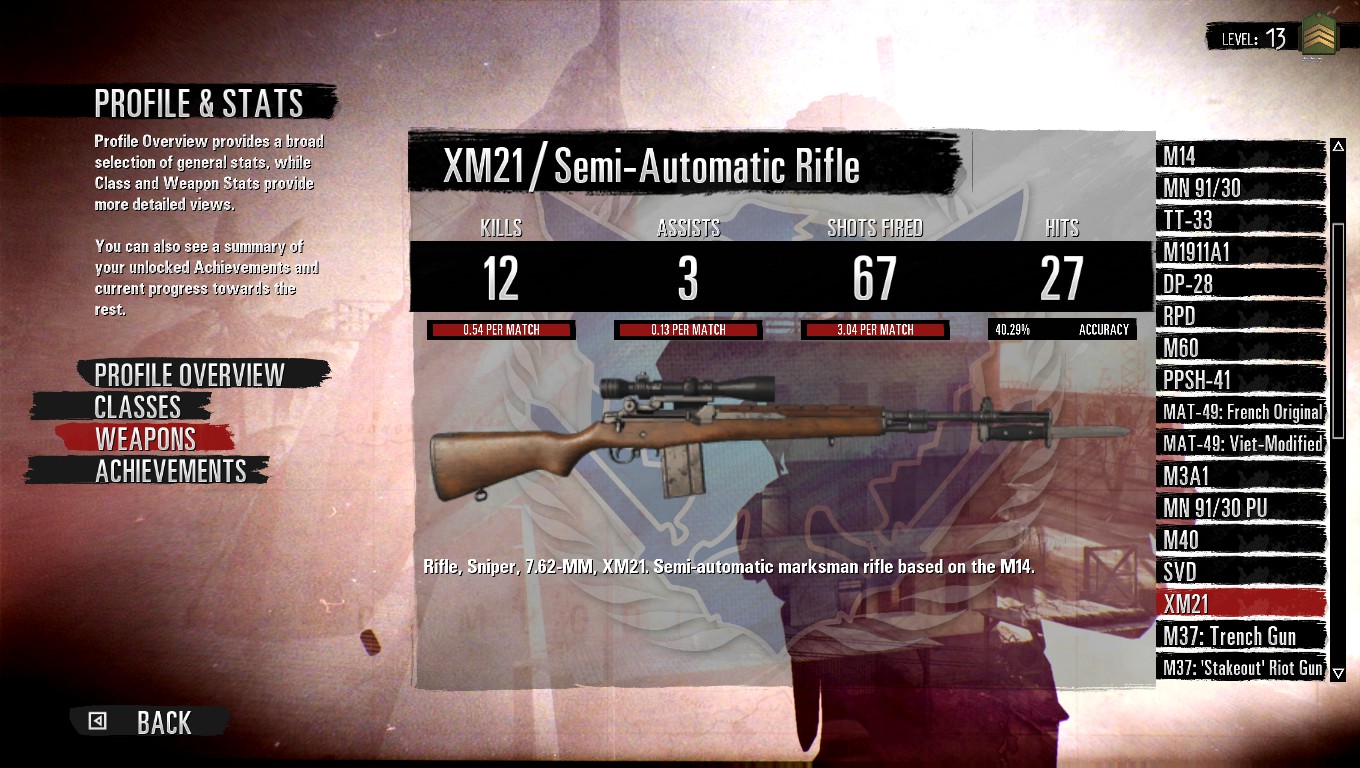 2. Character Customization - Contrary to the previous Rising Storm, earning levels will not have an impact on your stats or weapons, but will rather unlock clothing, tattoos and visual injuries for your soldier. These come in the form of new uniforms, helmets and bloody bandages on your body. For example, you could try going topless with a cowboy hat, because you love the smell of napalm in the morning. 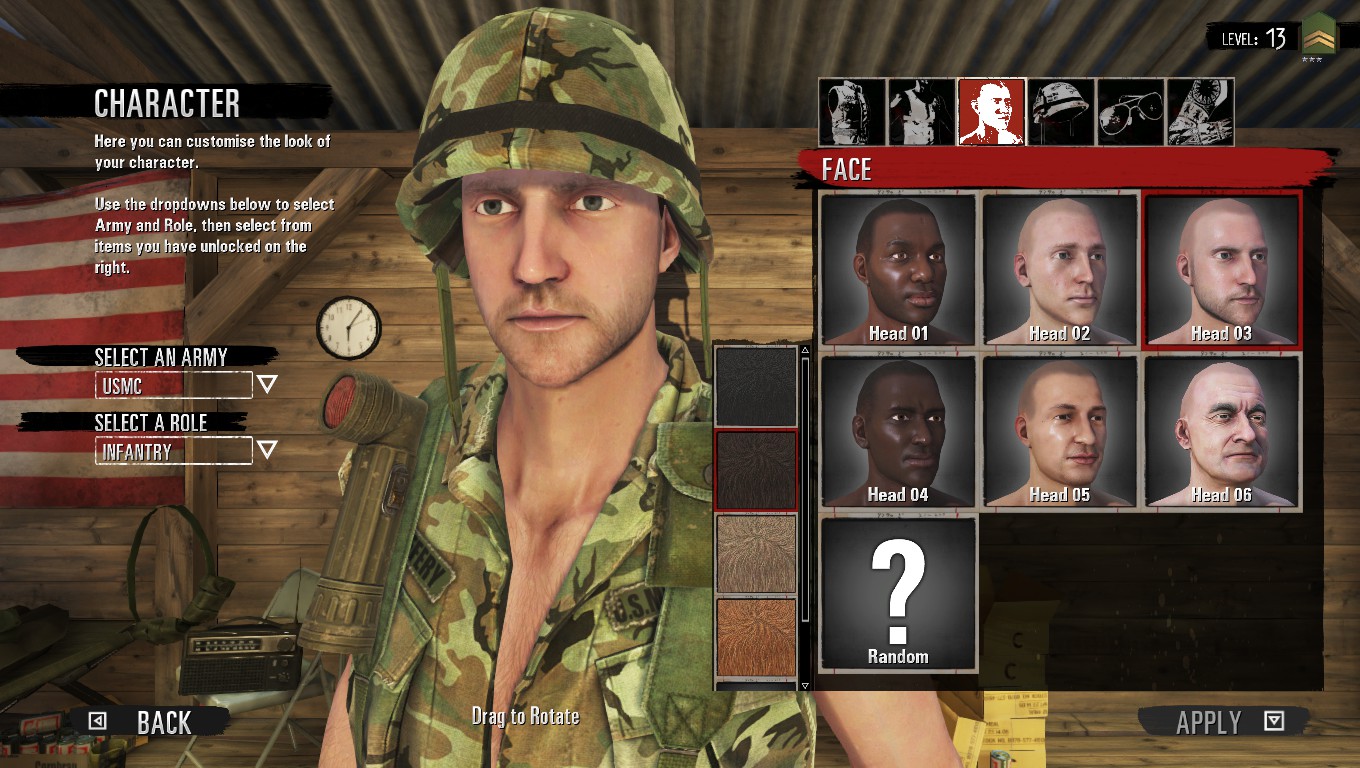 3. Teamwork - One thing I have noticed that differs a lot from the previous Rising Storm, is the involvement from every single member of a team towards winning the match in an organized way. A majority (around 8 of 10) of those players will constantly communicate with the rest of the team, giving orders or call-outs to make sure that the objective is taken or defended. A new addition is the radioman class, that must accompany the commander to provide a mobile radio and allow the commander to enter the battle along with all his grunts. 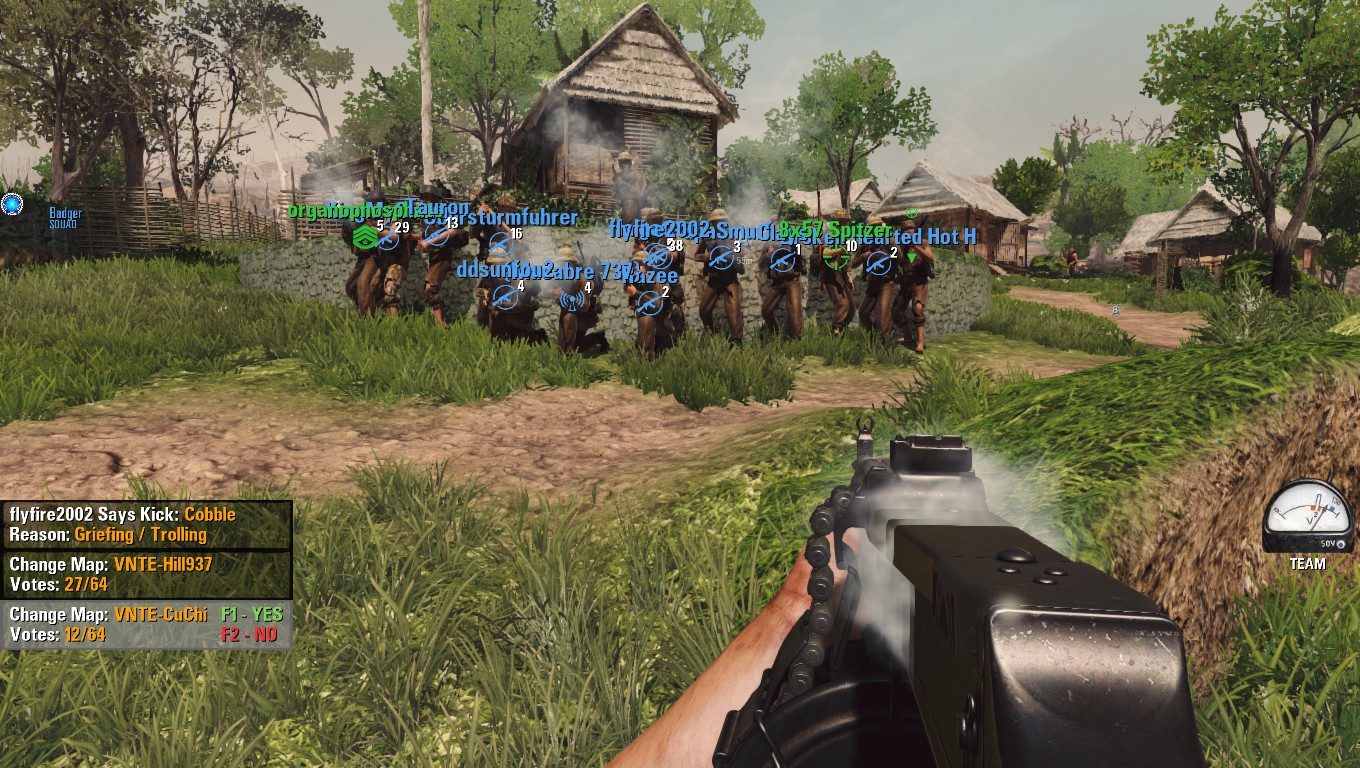 But after all of that, what makes the game so unique?

That would be the game's trademark: realism. The guns pack a punch just like they should, unlike in other common games where you can take 4 AK rounds to the chest and survive, but take a throwing knife to the toe and rag doll in the air. In this game, you can die very quickly, so you must play cautiously and keep your eyes open all the time.

The explosions, gun sounds, and screams from napalm litter the air constantly. Your blood getting colder as you clear an enemy hole with nothing but your sidearm, and hearing them walk on the floor above you, preparing for their last stand. Of course, the suppression element remains one of the primary features of gunfights, and one well-placed MG can hold an entire flank if played right.

The 29th Infantry Division recently hosted an expeditionary server, and during my playtime there it did quite well, seeing as how the server had a very generous amount of players most of the time; and teaming up with known faces is always best.

“You fired the last shot and cleared the trenches in Hill 937, but you are alone, and you can hear more of them coming. War is Madness, but now you are prepared.”