2Lt. Barclay
April 2018 in Civil Announcements
'They Came From the North & Fought in the West' -
Icelanders in WWI

Welcome to the beautiful island known as Iceland, one of the great Nordic countries to be neutral throughout both World Wars, albeit its people are not as neutral as they are commonly thought to be.

Although it's true that Iceland does not have a standing army and did not officially take part in direct fighting with either side of the first world war, a small number of Icelanders actually fought in the most inhumane and bloodiest wars in history during the Great War. These aforementioned few Icelandic soldiers have been getting some recognition in Iceland recently from several books written and published by Icelandic historians on the subject of these brave men; men who didn't really have to go, but chose to fight anyway not under Iceland's banner, but under the 'Red Ensign' (Canadian Flag at the time) or the United States' Star Spangled Banner. In Icelandic schools today, the youth are taught about these Icelanders who migrated and fled from their home island from a volcanic eruption that took place in the late-19th Century, but they are not taught about their involvement in the Great War.

A number of 1,200+ Icelandic men and women fought and served for King and Country and died for it. Most of these Icelandic soldiers actually came from immigrant Icelandic families that migrated west to America and Canada. Today, those men are called 'Western Icelanders', though about three hundred of them came from Iceland by themselves to volunteer for service. Enlisting in the Canadian and American armies, these men and women would serve in the Western Front as soldiers and nurses. The men would participate in major battles like Somme, Ypres, or Passchendaele. Many soldiers' legacies were accompanied by days of boredom in the trenches when not assigned to any duties or participating in combat. They would send letters home to their families and loved ones in America, Canada, and Iceland. Gunnar Richardson was born on the 5th August, 1896 and moved to Canada in 1914, on his 18th birthday. He would later enlist in the Canadian Army in 1915. He was one of the few Icelandic soldiers to have fought in the Somme, writing down his experiences on the front lines:

"On New Year's Eve, Fritz [slang for German(s)] sent 16 of their men over the top with hand grenades to entertain us. They had been spotted as they ran towards our position. Our men turned their rifles at them in a swift manner, taking each and every one of those German soldiers out. A few of us had gone out of the trenches and took all their rifles and belongings, all the letters and papers they had on them. But we made _sure we left their corpses to rot in no man's land, for all eternity until someone would finally stumble upon their smelling, lifeless bodies. Fritz might go and fetch their dead but they're more likely to lose more men while doing so. Our Major was in our trenches with a courier alongside him, one of Fritz' snipers managed to get a view on the courier with the Major and took the shot which would go through the poor lad's head. Our Major, who was engulfed with anger, sent out two hundred of our own over the top to find Fritz, but soon he'd see that it would cost a lot of our men. So, instead, he got twenty of our best snipers to catch the bastard. At the fifth hour, at dusk, We got him. He had taken position in a little dug-out in the middle of nowhere. When he was about to crawl back home to the German trenches, he was met with a bullet penetrating his head."

Richardson participated throughout the war from 1915 to 1918. Unfortunately for poor old Gunnar, like many among his kind, he didn't come back home to see Iceland ever again.

Another soldier fighting in Somme, Hermann Davíðsson, writes the following to his mother on the 27th of September 1916:

"On the 15th of September, a Friday like any other, a lot of good men fell in battle. I was wounded during the rest of it, so there I was, having to lay in a damn dug-out for four hours. The machine gun fire was so intense there was no way I'd ever make it back to get medical aid. Times were rough, but I made it out and now I'm safe and well. It's not easy to explain what happened in that place or what's even going on right now. It's been a devastating war and, God knows, I need not see another one. No one, yes, no one could even begin to imagine what goes on in this hellhole, only those who have experienced it first-hand. It is certain that the things that happened here and the things I've been through, I will never forget. An imprint on my retina that will cease to disappear. Flashes from traumatic experiences. At least I am certain that this will not go on for long. I doubt not our victory. We have always been victorious. We've taken a big chunk of land that the Germans once occupied, and if everything continues going this well. We don't have to wait long for this war to end."

After being injured in combat, Hermann was sent to England for a duration of nine months where he would be treated for his wounds. Unfortunately, he was faced with another battle when he heard he would never be able to walk again after losing his leg in the fierce conflict. He was shipped back home to Canada, where he would write a memoir of the soldiers who died in the battle of Somme. During the years of warfare, Icelandic blood was spilled over European soil. It is truly sad to see that they are forgotten by the mass and not even mentioned in many modern history books. Thankfully, due to recent research by historians documenting and publishing this historical event, that may change in the future. With the 104th anniversary of the Great War coming up in November this year, the brave soldiers who fought in this war will be remembered and honored. May their souls rest in peace. 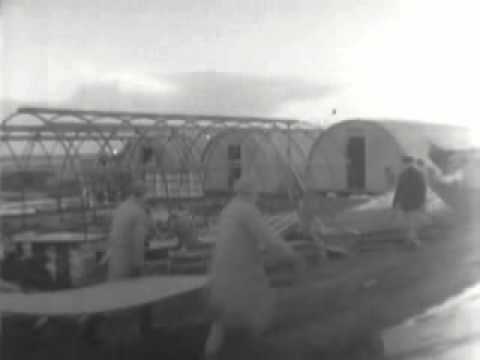