This really shouldn’t come as a surprise to anyone since Cpl. Tremblay is one of the finest SL’s in the whole regiment. I first took notice of the good Cpl when he was the ASL to a certain 2Lt. Mellinger once upon a time and I was a little bit jealous at the time to be honest because he seemed like a guy who just kind of understood squad leadership and how to keep a group of knuckleheads together and operating as a machine. He had a great mentor and all, but his success as an SL since taking over his squad from the 2Lt is really something that stands on it’s own. He has routinely showed his dedication to his squad, their well being, and their performance such that FP1S2 still wears the SUC proudly on their jackets and deservedly so. I always know that S2 is in good hands because Cpl. Tremblay is there to keep the ship running smoothly. I know that I can fully trust in him to keep those aforementioned knuckleheads pointed in the right direction and violently and creatively unleashing the kabooms at the enemy. So I believe it is finally time for his outstanding efforts to be recognized and for Cpl. Tremblay to ditch those silly two chevrons and make his transformation into Sgt. Tremblay with the proper three chevrons. Congratulations Sergeant and well done.

I do promote him to Sergeant in the 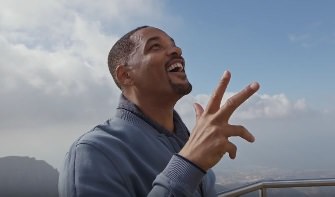 I think its fake 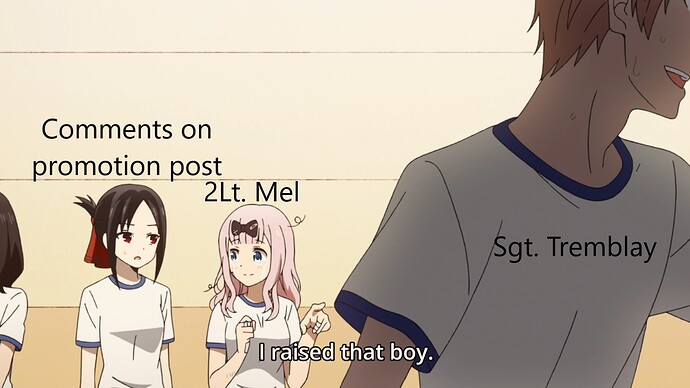 what are you doing step dad?